Pokemon Go problems and their remedies Consolidated: Ask about my childhood and most of it was filled with various Pokemon like Pickachu, Bulbasaur, Charmander and their trainer Ash, Brock. What a time that was!!! Collecting Pokemon Cards, Pokemon Jenga Cards, learning about Pokemon. Still a subconscious part of my brain contains all that information gathered in my childhood.

Now the latest release Pokemon Go from Nintendo and Niantic Labs is winning hearts all over by bringing back the much cherished childhood memories. But the users are facing a lot of issues while playing Pokemon Go. This post consolidates all those issues and their solutions at one place.

Read more to get to know about common Pokemon Go Problems or Issues and their  Solutions/Fixes. Interested in playing Game Boy Advanced games on iOS? Get Latest GBA4iOS for iOS 10.

Pokemon Go is available for free and is not like normal games. It is an augmented reality game i.e. we explore our real neighborhood and surroundings in search of creatures to capture. After we’ve captured and trained them, we can leave them at Gyms scattered around the neighborhood to defend our team’s landmarks. Sounds fun? Yes it is!! People playing the game are absolutely loving it. 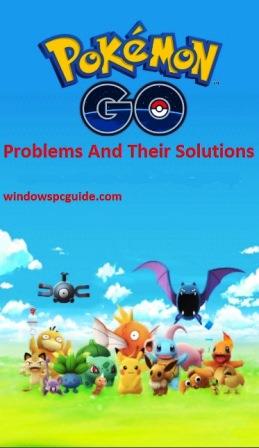 Pokemon Go Problems/issues and their Solutions/Fixes

Following is the list of issues which are being faced by gamers playing Pokemon Go. Possible remedy for each problem is given along with. So go ahead and get enlightened about Pokemon Go Problems or Issues and their  Solutions/Fixes.

Well! We already know that Pokemon Go uses GPS Sensors, Compass and Internet Connectivity in game play which will definitely drain our battery a lot faster than other normal games.

For now this issue is out of hand. For addressing this issue it is advisable to carry extra battery or power bank along with so that we don’t have to miss any Pokemon catching or gym event.

Also the latest is some players have complaint about losing battery much quicker. Niantic is working to address this issue and to debug as to what is causing this more than required battery drain. This is all about Battery Draining Caused by Pokemon Go Game.

Pokemon Go Issue 2: Can’t Find any Pokemon near me

Pokemon Go after successful installation automatically sets up gyms, Pokemon nearby and many more. Many players have complaint that they can’t find any Pokemon nearby. Well the only solution to this is to email Niantic and make them aware about your concern.

Also if you are not in Australia, New Zealand or USA you won’t be able to see any Pokemon as the game hasn’t been released officially for the countries other than the three mentioned above.

This is small information about the reason behind your “Can’t find Any Pokemon Near You in Pokemon Go Game”.

Pokemon Go Issue 3: Game Not Available In Your Territory

Pokemon has been officially released only for USA, New Zealand and Australia. Rest of the regions need to wait a little more for the official release.

Want to play Pokemon From any Region? Pokemon Go Fake Location/Fake GPS Trick to Move Any Where Without Moving.

In case of Android; Pokemon Go has got certain requirements which are at least 2 GB of RAM for smooth game play. Also the game won’t run on Intel Processors and requires Android 4.4.4 or higher.

If you are living in Australia,  New Zealand or USA and still in your case the game is not opening up on your Android or iOS device then that means the servers of the game are overloaded and servers down.

Immediately after the game’s launch it became a huge success and the Pokemon Go game servers are unable to handle traffic much higher than what was anticipated. Between check out this article and Pokemon Go Download from Here.

Game makers have assured that this will be taken care of on priority basis. This information from higher officials about this issue “Pokemon Go Game Won’t Open”.

This is a grave issue as it is being faced by a vast majority of users. Following are the points that need to be kept in mind for solving this issue.

I Hope this problem fixed by above steps. Because its worked for my iOS and Android devices to fix “Pokemon Go GPS Not Found/Failed to Detect Location”. If you test test these steps on your iOS(iPhone 4, iPhone 5, 5C, iPhone 5S, iPhone 6, iPhone 6S, iPhone 6 Plus, iPhone 6S Plus, iPhone 7, iPhone SE, iPhone 7 Plus etc etc) or Android(HTC, Samsung, Micromax, Sony, LG etc etc) or Blackberry, Windows Phones, Kindle Fire or Tablets of all other OS’s Please do comment your feedback in comments so that other users can get more information about this Pokemon Glitches.

Go to Niantic’s website and fill out a short form.

A profile deletion request is IRREVERSIBLE” and that attempts to cancel the request after submitting can’t be guaranteed. Usually it takes several weeks for the request to get processed.

I hope this one fixed your “how to delete pokemon go account” problem.

Want to play Pokemon without actually moving or walking?

Play Pokemon Go Without Moving or Without Walking[JailBreak or Root].

For this issue kindly sign out from account through Settings area. If this doesn’t work then try restarting your android or iOS device. 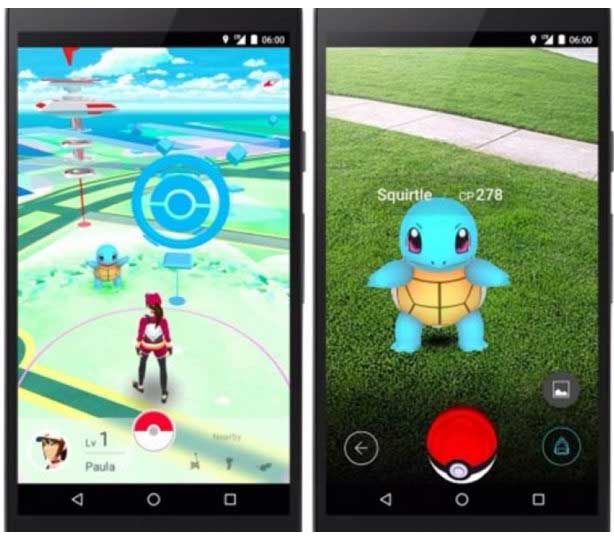 Pokemon Go is a really advanced game and as said in beginning it incorporates Augmented Reality. However if anything from the required hardware configuration is missing or not of that version then definitely game will downgrade itself to a lower version which can be supported by the device.

Users facing this issue must be missing something in their hardware configuration. Thats all about Pokemon Go No AR(Augmented Reality).

Want to use two Instagram accounts in a single phone? Here is working Tutorial:

So guys and girls that were common Pokemon Go Problems or Issues and their  Solutions/Fixes. For people living in countries other than USA, New Zealand or Australia; according to recent reports they need to wait some more to get the official release in their region as first Niantic and Nintendo are concentrating on controlling and solving the issues that the players are facing. Expansion will only be considered after all issues or problems are taken care of.

Also read what others are reading:

Kindly let us know if any issue; other than what are specified here; is being faced by you. Comment your concerns and your issue will be addressed on priority basis.

So have a great time playing Pokemon Go!!