Super Mario Crashing Error Fix: The most anticipated game of the year Super Mario Run after Pokemon Go was released this Thursday across the globe by Nintendo, and the app store has witnessed millions of downloads. This game has been launched to support iOS specifically.

In a days’ time, lots of issues have been raised against the games crashing. The problem for each varies. So a detailed analysis has been made, and the possible reasons and the means to prevent crashes are discussed below.

Before dig deeper into our topic of Super Mario Run crash problem do check out this one to Play Pokemon Go Without Moving/Walking | Fake GPS Location on Android/iOS.

The most common problem is that the game crashes after connecting to Facebook to find friends. The best solution is to go to ‘Having trouble ‘option once you restart the game. Choosing the ‘re-download data’ option, from the variables available would help you to connect with the Facebook. This error is corrected by Nintendo by providing a patch, which would fix the problem and allow the user to access Facebook without the super mario run game crashing. As most gamers like to compete with their friends via Facebook, this issue is likely to be resolved soon. Previously we did some research on many things to fix “Pokemon Go Failed to Detect Location on Android/iOS” do check out this one also.

Crash due to Jail Broken Device

The security features of the super mario game don’t allow for the application to be run on devices that were Jailbroke and the downloaded app continuously crashes. This is mainly because Nintendo does not encourage hackers. To avoid this issue, the user can download and install tsprotector 8+. This tool is basically help us to show black listed apps and enable Super Mario Run using toggle option. 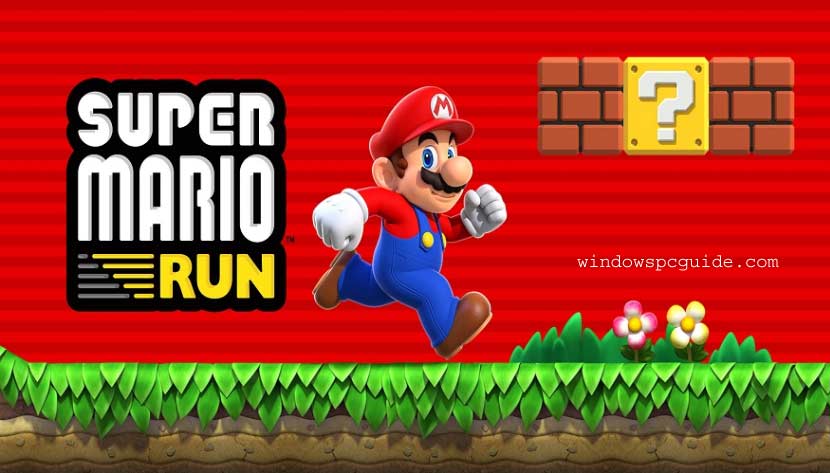 This application is basically a paid one, but the gamer can make use of free trial version to continue playing the game. Few users would have already installed jailbreak application, and these must be re-initialised before starting to play. The above procedure would help you to surpass the Jailbreak phenomena. Check this tutorial if you are facing errors with tutuapp like “tutuapp could not be installed at this time and won’t download now”.

Crash due to unidentified causes

Apart from the super mario run issues related to Facebook and Jailbroken device, lots of other complaints have been raised.  At times the game crashes during the date of launch. Super Mario Run Gamer’s have also reported that they are facing an issue related to communication and also errors arise to get to a location with better signal.  The possible fix for these miscellaneous errors is to remove the cache and also the history of the device. This would help to create more space in the RAM.

It should be ensured that there is no block for the content, script, and advertisement. For the bad network error, it is advised to reboot your internet connection. If the problem persists, it would be wise to relocate. Simple re-launching of the game is useful in many cases. The maximum measure the gamer can take is to ‘hard reset’ your phone. This should be done as a last alternative. Since a huge number of downloads are made across the globe for this super mario run, there may be a server overload. The possible bugs in the game must also be analyzed, and it may take a little while. Don’t miss this fantastic article on how to Play Pokemon Go with Fly GPS & Fake Location on Android/iOS.

This is also one of the way to fix this irritating error. Let’s dig in :

So, gamers who have tried all the above possible fixtures or people who cannot find the source of your crash can wait for the official patch or improvisation to be released. I hope this helps a bit for us to fix Super Mario Run Crashing problem. Good luck gaming!.